Full Program · Contributors · Organizations · Search Program
Application Performance in the Frontera Acceptance Process
SessionHPCSYSPROS20
Author/Presenter
Richard Todd Evans
Event Type
Workshop
Registration Categories
W
LocationTrack 4
DescriptionIn 2017 the NSF called for proposals for a High Performance Computing System that would replace its largest system at the time, Blue Waters, located at the National Center for Supercomputing Applications. The solicitation required proposals to include a performance analysis of eleven designated scientific application benchmarks, chosen to be representative of the workload the proposed system was to support. The performance analysis was expected to project time-to-solution improvements for each benchmark on the proposed system over Blue Waters. The projected performance improvements were then required to be used as a metric for system acceptance. In this paper, we present a candid accounting of the development of the application acceptance criteria used in the Texas Advanced Computing Center's proposal to this solicitation. We also describe the acceptance testing process on the resulting Frontera system and compare its scientific workload capacity to Blue Waters.
Author/Presenter 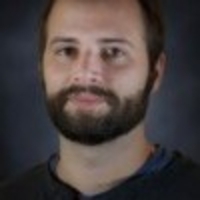