Full Program · Contributors · Organizations · Search Program
The Howling Hurricanes
SessionVirtual Student Cluster Competition Posters Display
Primary Advisor
Greg Byrd
Virtual Student Cluster Competition Team Members
Quinn Dibble
Michael Kersting
Megan Phinney
Pavan Dayal
Jordan Paldino
Hunter Johnson
Event Type
Posters
Virtual Student Cluster Competition
Tags
Student Program
Registration Categories
TP
XO
LocationPoster Module
DescriptionThis is the second time NC State is forming a team to participate in SCC. Our team consists of six student members, including two SCC2019 veterans, and four advisors/mentors. Last year, we started a student organization at NC State to introduce students to the HPC field. Ever since that, we were able to connect with many students on and off campus. This year, in addition to the 6 members, we also have students in their first and second years to shadow the team. Participating in SCC’20 will help us keep the organization alive and give students much earlier exposure to HPC. SCC also helps us make national and international connections around the world. For instance, two of our members got internships through SCC at SC19. Considering the fact that NC State doesn’t have many classes related to HPC, students get the chance to learn about it and find internships/jobs. Moreover, our vendor partner Cisco from last year (and also this year) gave remote access to our cluster to practice with, and will continue to do so.
Quinn is a senior at NC State in Computer Engineering and a SCC veteran! He’s done research on varying precision in both CPU and GPU code, profiling the error and runtime under different conditions. Additionally, he is a current intern at the Supercomputing Institute at Los Alamos National Laboratory who hopes to bring his expertise from this internship to SCC.
Michael is a senior in Computer Engineering at NC State and a SCC veteran! In relation to HPC, he's used multithreading to improve the response time of an SMS-to-Web API interface he developed, as well as applying it in general to increase the speed of his programs. He has had a long-standing interest in optimizing compilers for specialized hardware, and he hopes that SCC will help advance knowledge of lower level software development and optimization.
Pavan is a senior studying Computer Science, Physics, and Mathematics at NC State. He works on quantum computing with applications in superconductors and the simulations he does for modeling certain crystal lattices introduced him to using MPI and HPC. He spends his day to day hacking in Arch Linux while maintaining various servers with a variety of other distributions including Gentoo, CentOS, and Debian.
Zainab is a senior at NC State studying Computer Engineering. She built a mobile hardware system that can be carried in a flying drone to perform an electromagnetic side-channel attack (SCA).
Megan is a junior in Computer Engineering at Iowa State. She works closely with ECSEL which is a group for minority leaders in computer, software or electrical engineering. Along with that she is also doing research on auto-mounting squash filesystems on Los Alamos National Laboratory’s Charliecloud system.
Jordan is a senior at NC State studying Mathematics. He is an editor for Richard Stallman’s website, the founder of GNU. He has major interest in the clever methods used to optimize a computer, so it is able to run programs with minimal resources.
Primary Advisor 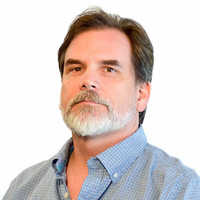