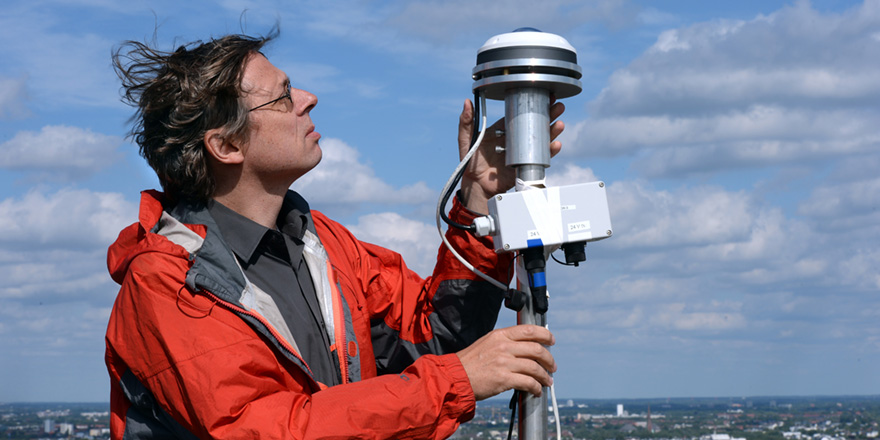 SC20 is pleased to announce that our Keynote speaker is Prof. Bjorn Stevens of the Max-Planck-Institute for Meteorology. Prof. Stevens will discuss how exascale computing is impacting two opportunities that are changing the face of climate science. One arises from what exascale will enable; the other from what it will not.

“Much like the Large Hadron Collider broke an energy barrier to bring us the Higgs boson, exaFLOPS will break a scale barrier, bringing about a fundamentally new way of computing the climate system,” commented Stevens. “Computing with exaFLOPS has such profound implications for climate modelling and Earth information systems. Beyond exascale, the game changes completely.”

According to Stevens, this change is rooted in the absence of further attainable critical scales, which shifts the focus from deep computation to deep interaction. This shift in focus has the potential to unravel mysteries that have remained unexplained up until now.

The SC conference aspires to bring in thought-provoking experts to challenge our attendees to focus on new perspectives and concepts that they otherwise may not have considered,” said SC20 General Chair Christine E. Cuicchi. “As our world is facing mounting climate and weather issues, Dr. Stevens’ talk will help us to better understand the impact we have on the world around us – after all, HPC is everywhere we are.”

Professor Stevens’ main field of interest is in the way atmospheric water – particularly in the form of clouds – shapes climate. His contributions to understanding how turbulent mixing and cloud-microphysical processes influence cloud amount have been instrumental in helping to understand how clouds respond to warming, and how radiative forcing responds to aerosol perturbations, both of which are fundamental to the present comprehension of climate change.

His measurements have identified new forms of clouds that arise in response to precipitation, provided the first quantification of cloud top mixing, and illustrated and quantified the vertical structure of large-scale vertical motion fields in the tropics and sub-tropics.

Stevens was one of the architects of the sixth phase of the coupled model intercomparison project (CMIP6), and he co-conceived and co-led the first ever intercomparison of global storm resolving models. Through these efforts, and his initiation and leadership of the German national project, “High Definition Clouds and Precipitation for Climate Prediction”, he has helped outline the development pathway for a new generation of climate models. Prof. Stevens has contributed more than 240 refereed publications to scientific literature.

He serves on a number of international advisory boards, has served as editor of leading journals in his field, and has been honored by a number of lectureships and awards, including the Clarence Leroy Meisinger Award of the American Meteorological Society, as well as fellowships from the Advanced Study Program of the National Center for Atmospheric Research, and the Alexander von Humboldt Society.

The SC20 Keynote will take place on Monday, November 16, kicking off a full day of plenary talks and panels at the virtual conference. For more information about the SC20 Keynote or other SC20 program details or speaker interviews, contact: