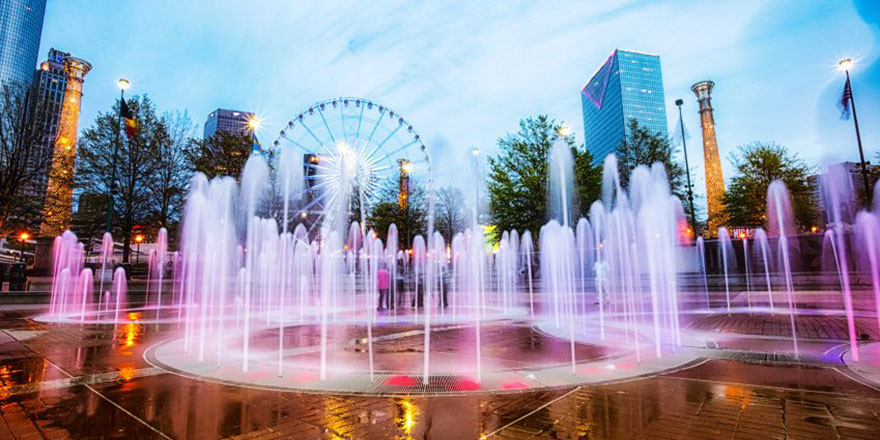 Centennial Olympic Park was created as a 21-acre gathering spot for visitors and residents to enjoy during the 1996 Summer Olympic Games. It’s estimated $75 million in development costs came entirely from private-sector donations. Following the Olympic Games, a large portion of the park was closed and redesigned for daily public use. Today the park performs a dual mission. It serves as Georgia’s lasting legacy of the Centennial Olympic Games and it anchors efforts to revitalize residential and commercial development in Georgia’s capital city of Atlanta.

Learn more about this attraction

SC20 marks the first time that SC will take place in Atlanta, Georgia, a vibrant city that – home to the busiest airport in the world – will be an easily reached destination for many of our national and international attendees and exhibitors.

Each month, we’ll feature an extraordinary aspect of this city with southern charm and world-class sophistication. By the time November rolls around you’ll be in love with our beautiful host city, if you aren’t already.