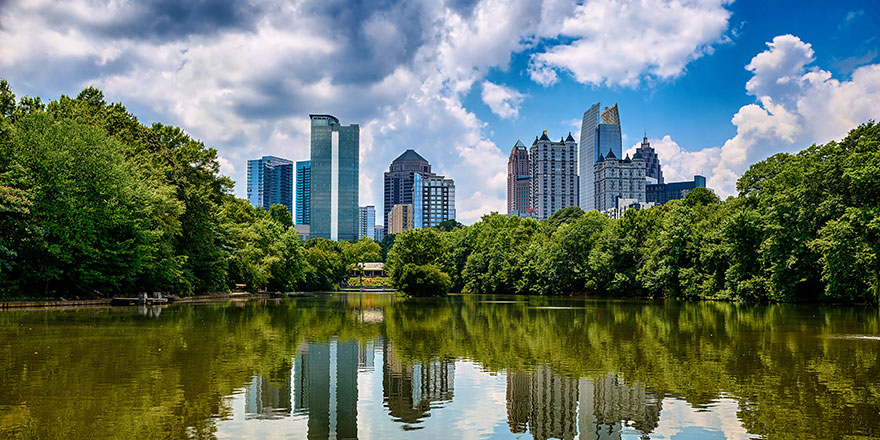 One of the novelties of this year’s conference is that it is being hosted for the first time in Atlanta, Georgia. As the city may be new to the SC community, prepare to encounter this location with a deep history and a vibrant present – like a stately southern oak, flourishing and flowering still.

This is a particularly apropos metaphor as Atlanta is known as the most heavily forested urban area in the country. Tree canopy covers more than half the city, cooling it in the summer and protecting its inhabitants from the harsh sun. Many Atlanta streets are named for trees. Look around and you’ll see oaks, magnolias, dogwoods, and more.

The acorn of Atlanta was planted in the 1840s, when it was founded as a railroad terminus. By the time of the American Civil War in the 1860s, Atlanta had become a strategic hub for distribution of military supplies, and was the focus of General Sherman’s destruction before the Union’s March to the Sea. The seedling Atlanta was cut to the ground but would grow again.

The city is shaped by its ever-branching history. Its location at the terminus of many rail trunk lines enabled many industries to flourish, and creativity to bloom. Coca-Cola was invented in Atlanta, and a visit to the World of Coca-Cola gives you the chance to taste nearly every flavor of the beverage that’s been sold all around the world. It’s also where budding novelist Margaret Mitchell grew up and eventually wrote “Gone with the Wind”. Visit her house at the Atlanta History Center. 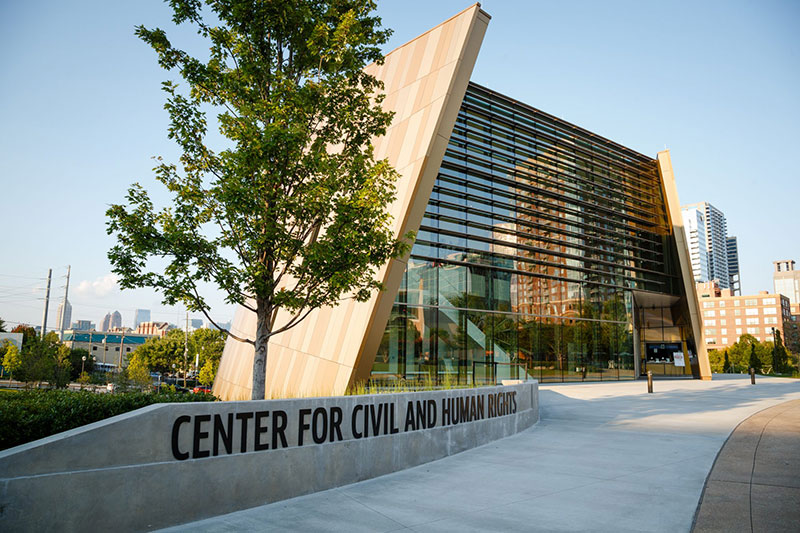 With the founding of Georgia Tech and the Atlanta University Center, the city grew into a center for higher education. Not everyone flourished equally, though, due to racism and segregation. After World War II, Atlanta became a major organizing center in the American Civil Rights movement. Learn more about Atlanta’s central role at the National Center for Civil and Human Rights, and its influence on a global leader at the Martin Luther King Jr. National Historical Park.

In more recent history, Atlanta has continued to grow from a slender tree. CNN’s headquarters is there. It hosted the Olympics in 1996, and the Super Bowl last year (meaning our hotels have been recently renovated). Atlanta is now the ninth largest metropolitan area in the United States, with a broadly branched economy supporting nearly six million residents. It’s the home of a strong theater community and diverse music scene. Its world-class restaurants serve stellar food – an epicurean dream with a dash of southern yum. And nearby is the Computer Museum of America, which houses the largest vintage supercomputing collection in the entire world.

I think you’re going to enjoy this year’s host city a lot. Great oaks grow from little acorns – and Atlanta is no exception.